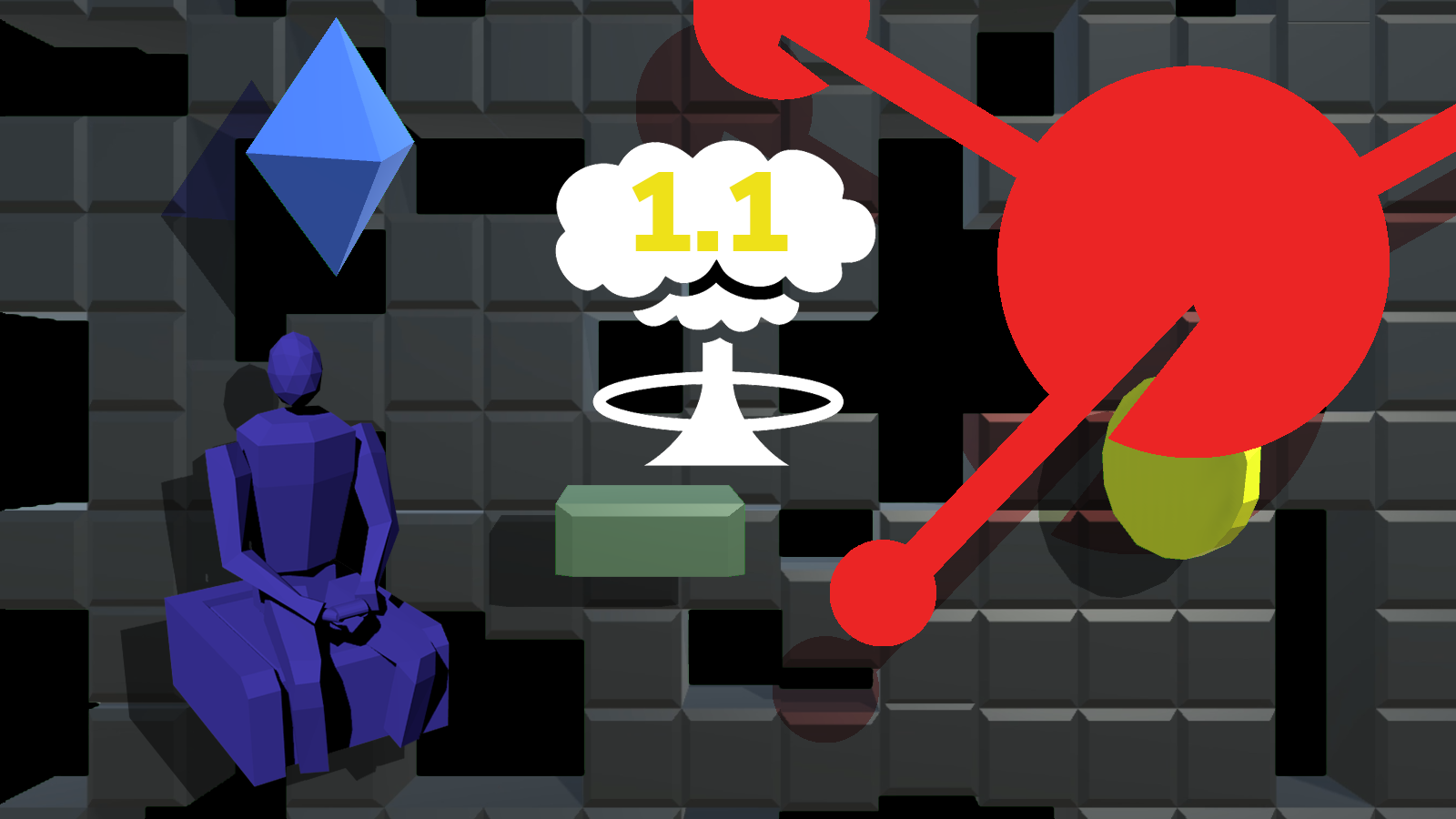 Welcome back! It’s been about a month and a half since the release and it’s now time to push the first update. With it comes two big changes, a few minor changes and a few bug fixes.

The commando is a veteran console gamer, most familiar with the shooter genre. They are adaptable and strategic, even in the most-dire of situations! With a formidable arsenal they devastate the field, all while dodging enemy fire.

The missile can be devastating, with very little upgrading the missiles will start blasting away chunks of blocks! Upgrades for the missile include: damage, blast size and stock (ammo).

I have added an in-app store!

The store uses the Google Play store for transactions, so you know any transactions are being processed securely. There are currently three items offered through the store:

When integrating the store, the Unity IAP package added the READ_PHONE_STATE android permission, which is presented as “Make and manage phone calls”… for some reason. Rest assured, Super Node Breaker does no such thing.

As for the original permission ACCESS_EXTERNAL_STORAGE, which presents as something along the lines of needing access to photos and files… the games preferred install location is set to EXTERNAL as default, which requires this permission, and is used to create, read and modify the games SAVE files, nothing more.

The cool looking icons used in-game and in this and another featured image are from Game-Icons.net